Never thought I’d be back on the road with these guys again but … here we are. And nothing makes me happier than to take to the pages with the Sinner Boys all over again. ’Nother Sip of Gin came from a friend asking me if I’d ever consider pulling together some of the blog spots I’d done into a book they could read on their Kindle. I’ve held that possibility in my head for a while and then I got the time and space to pull not only the foundational stories I’d already shared but a few brand new stories I’ve always wanted to explore, short bits of emotions and life moments I’ve enjoyed pulling together. I’ve included long stories like Hair of the Dog and a few others because well, they were fun to write in the past but also provided a solid base for so much of the Sinners lore.

For this blog tour I wanted to take a bit of time to talk about five lyric snippets and how they connect to the characters as well as the meaning behind a few of them. It was great to go through the anthology and once again visit with the guys. I’ll be writing a novella about Connor and Forest in the near future so this trip down memory lane has been a great revisit with old friends, reacquainting me with their voices, quibbles, and most of all, their lives.

And as usual, there is a giveaway! Please enter to win a $20 gift certificate to the etailer of your choice and be sure to hit up every blog stop to enter every giveaway! Never say no to books. *grins* Just leave a comment with your email address to be entered! 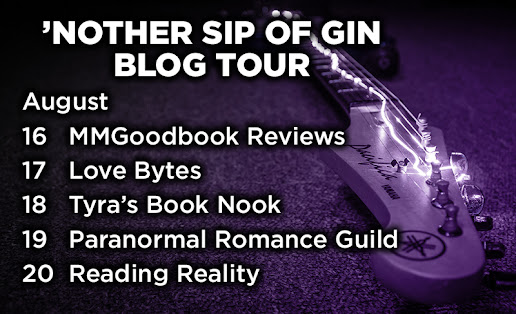 Waltzing in circles, We all fall down

Spin a thread, make it of gold

Weave us a family, brash, loud and bold

Let me sing to them in the darkness

Let me sing to them in the light

Let us sing together under the moon

Let us sing to keep back the night

When the road comes a’calling

Let me remember where I’ve been

‘Cause once our song is over

We’ll want to come back again

Don’t sell your soul to the Devil

Take a nickel for every sin

Lift your voices so we can hear you

And dance with Crossroads Gin 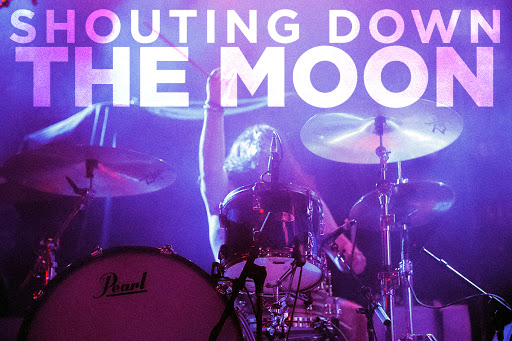 A significant moment in the series comes about when Miki, Damie, Rafe, and Forest form Crossroads Gin. Technically, in most series, that formation would mean the end of the story but with the Sinners Boys, there was a little bit further to go. When I wrote Absinthe of Malice, it was meant to be a transitional book where the readers were able to see the band members actually as musicians and to experience the trials and tribulations of what it was like for them to be on the road. I felt it was necessary not only for the reader but for the band to basically start from the ground up again, even though they had a lot of experience and success. It was not only a bonding journey but also one of self-discovery.

In AoM, there were quite a few threads that needed to be woven through the book. I wanted to address Miki’s relationship with Brigid, Damien and Kane, and most of all, Rafe’s continuing struggle with sobriety. The key storylines in Absinthe were to show things weren’t magically cured because the band was finally together. While a lot of issues have been resolved in the prior books, it still would be unrealistic to assume everything would be perfect because there were a lot of things that had been addressed. One of those things was Miki’s anger towards Damien’s death and his feeling of being abandoned.

Even though we know Damien didn’t actually die and none of that was within his control, Miki had once again been cut adrift from the only thing that anchored him — Sinners Gin. One of the things to remember when reading the series is that Miki had never truly been alone during his developmental years. He depended upon Damien, Johnny, and Dave to provide him with a backstop for his life whenever it went kind of crazy and following the accident, there was nothing solid beneath Miki to keep him steady. Kane’s arrival in Miki’s life was a good counterpoint to Miki’s relationship with Damien and it forced him to construct a relationship outside of the commonality of music, something he’d never done before. The push pull of learning how Kane thought and felt as well as discovering how to communicate to someone without shared base pushed Miki’s limits. Damien wasn’t there to give him any social shortcuts and Miki had to be invested in creating his involvement and engagement with Kane.

When Damien reemerged, Miki actually gained a bit about footing but still hadn’t quite addressed how he felt following the accident. He was able to do that in AoM or at least was able to recognize those discussions had to happen. Considering where he was on page 1 of Sinners Gin to the end of AoM, Miki has gained a lot of ground as far as how to communicate and how to be open. A lot of this has to do with not just his relationship with Kane but also developing his relationships with the rest of the band, including the shift of his relationship with Damien. Miki is more of Damie’s equal now and Damien is more than willing to accept that change because he recognizes it as growth for Sinjun.

This song in a way represents Miki at the crossroads himself. He is built up a support structure that is pretty solid and now has faith that he’s loved. This marks the end of part of his journey to heal the wounds he’s carried inside of him but it also signifies the beginning of a time where he needs to look at those scars and accept that while there still may be darkness and pain inside of him, there’s also a lot of light and joy to balance that out.

He just needs to reach out and embrace it. 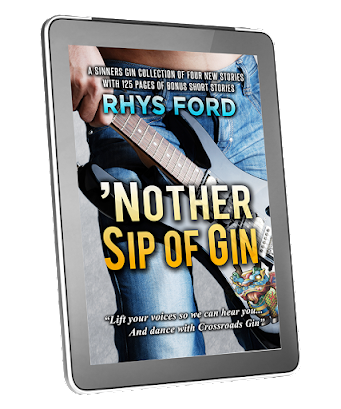 For Crossroads Gin rock stars Miki, Damien, Rafe, and Forest, life is a Möbius strip of music, mayhem, and murder. Through it all, the sweet, hot moments between tours with lovers, friends, and family keep them sane, healthy, and happy. This Sinners collection features short stories spanning the entire series, from before the first note to after the lights go out.

And other fine online book retailers. 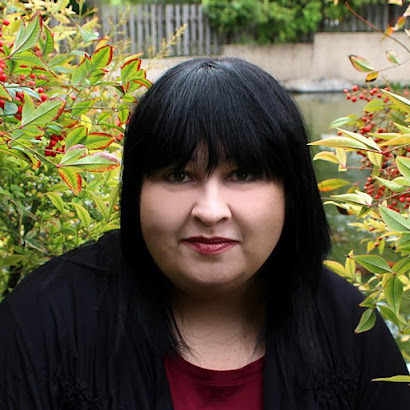 Rhys Ford is an award-winning author with several long-running LGBT+ mystery, thriller, paranormal, and urban fantasy series and is a two-time LAMBDA finalist with her Murder and Mayhem novels. She is also a 2017 Gold and Silver Medal winner in the Florida Authors and Publishers President’s Book Awards for her novels Ink and Shadows and Hanging the Stars. She is published by Dreamspinner Press and DSP Publications.

Rhys can be found at the following locations:

Never thought I’d be back on the road with these guys again but … here we are. And nothing makes me happier than to take to the pages with ...